There was this fella called John...

Over ten years ago while I was looking for something else on microfilm in the British Library I came across a newspaper story of a Halesworth man who won a TV talent show.

Nobody had heard of him and there wasn't anything in the local museum so I tried to research what happened to him. I found that after releasing a couple of singles, one performed with what became 10 cc, he disappeared into obscurity. I contacted his former manager Harvey Lisberg who didn't remember him. I wrote to him through the Peforming Rights Society to ask about his connection to Halesworth but they said he had asked them not to give me his address. They confirmed he was alive but it seemed there was a tragic story why he didn't keep banging on the door of success.

Then recently I came across in our local museum the actual photo used in the newspaper story because the negatives of a local photographer that were donated to the museum have now been digitised. That's two happenstances upon him a decade apart. 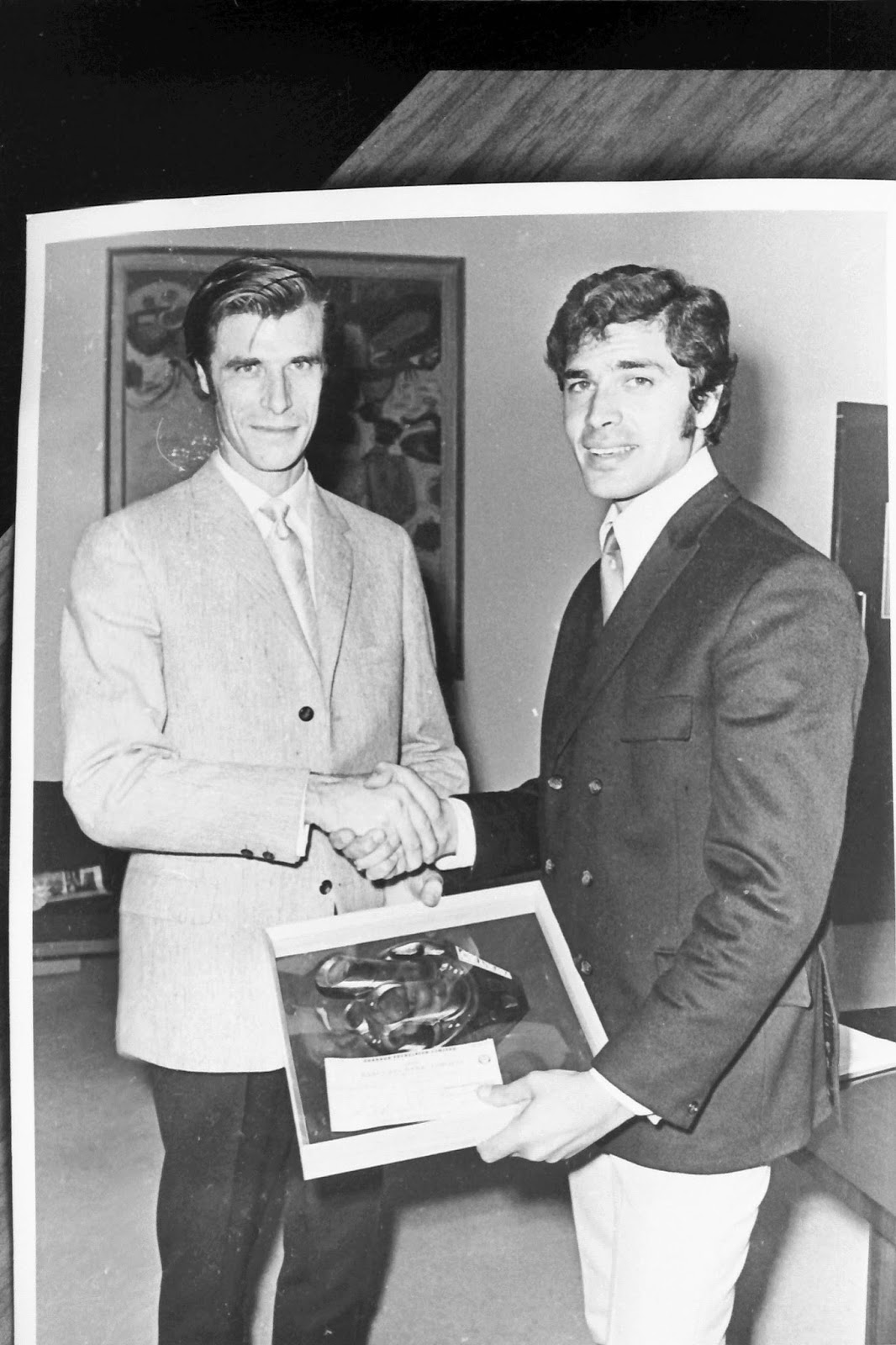 According to the Halesworth Times singer Paul Jones (born Reginald John Davidge) was working as a chef in the town when he won the final of the Granada TV talent show First Timers in October 1967 and the prize of a management contract with Harvey Lisberg, the manager of Herman's Hermits, plus a contract to play in Blackpool. His prize was presented to him by Englebert Humperdink who Lisberg also managed. Another winner of this talent show was Amen Corner.

Apparently Davidge sometimes used the name Reg Gray on the stand-up comedy circuit but he used the name John Paul Joans (a nod to the American patriot perhaps?) when he released a 1970 Christmas single called The Man from Nazareth co-written with Kevin Godley and Lol Creme who were also managed by Lisberg. In the UK he used the spelling JOANS to distinguish himself from the bass guitarist of Led Zeppelin - born John Baldwin - who had a prior claim but it seems this appropriation was Lisberg's idea. The single reached #25 in the UK but in the USA the single was released as J. P. Jones until Led Zeppelin's manager Peter Grant stepped in and the subsequent US pressings were credited to a mononymous 'John'. However because the names sounded the same on the radio; the outlandish things that Joans said in interviews were attributed to JONES and that didn't endear him to influential people in the music industry.


Davidge's next record The Miners' Song was released in 1972 in support of striking miners under the name John and City Lights but it apparently fell afoul of the BBC for being "political" along with Paul McCartney and Wings' Give Ireland Back to the Irish. This was years before Band Aid. The seven-week miners strike was the first since 1926 and at the time miners were amongst the lowest paid workers in Britain. Power cuts, a state of emergency and a three-day week was imposed by the Heath government. Davidge and Lisberg must have parted ways by now because in a striking act of solidarity or a clever publicity stunt; the BBC in turn was banned from playing the record by his manager and owner of the master Maureen Prest.

Between these releases, Davidge also made a memorable appearance in a 1971 Granada TV documentary called There Was This Fella... about club comedians in which he is introduced by Bernard Manning simply as 'John'. His style of comedy is very different to his contemporaries and Manning warns the audience "he's a bit way out..." John's intensity comes across like an early prototype of the politically-aware comedians yet to come from the Comic Strip.

It's claimed that Bob Monkhouse once described Davidge as Britain's answer to Lenny Bruce. I read on web forum posts now deleted that he was the victim of a car accident and is now no longer able to work. Tim Prest, who is presumably connected to Maureen Prest, has posted: "he went to Ireland to help the peace movement, Betty Williams had asked for artists to perform, he had a strong social conscience wanting to help, he was knocked down by a hit and run driver, he almost lost his life, he sustained many many injuries, that was the end of his career."

Nobody seems to have heard from Davidge since then and so he has become a footnote to pop history. Davidge is briefly seen performing Man from Nazareth at the 18:07 mark in a disparaging cheeseboard of popular music Rock Bottom presented by John Peel broadcast in 1992. Recycling clips of Top of the Pops is a cheap way to fill BBC schedules and it's highly subjective in its choices. Shameless sentimentalism such as Grandma by St Winifred's School Choir can take the knocks having spent two weeks at number one and 11 weeks in the charts but Man from Nazareth seems an odd inclusion as the only song with a serious social or religious theme. I hope the royalties still find their way to him.

He sounds like an interesting fellow and I think he deserves more recognition than he got. Last week I heard that an exhibition to raise awareness of overlooked Sixties and Seventies British Civil Rights campaigns is being prepared. I have now passed this along.

UPDATE: March 29th 2020 I have received an email informing me that Reginald John Davidge passed away in January 2011. I have agreed not to disclose anything further.